▌The U.S.-Africa Leaders Summit held in Washington has placed African-American diaspora at the core for strengthening multifaceted  relations with Africa. The White House and African leaders have stressed the importance of Africa’s voices, advocated for incorporating Africans distinctively within the institutional structures to deal with various bilateral issues and for making further inroads into Africa. ▌

Over the years, African leaders have been engaging with their diaspora, especially those excelling in sports, academia, business, science, technology, engineering and other significant fields that the continent needs to optimize its diverse potentials and to meet development priorities. These professionals will primarily leverage into various sectors, act as bridges between the United States and Africa.

As explicitly reiterated at the mid-December African leaders’ gathering, the overarching message was to focus on “deepening and expanding the long-term US-Africa partnership and advancing shared priorities, amplifying African voices to collaboratively meet this era’s defining challenges.”

Corporate Council on Africa is the leading U.S. business association focused on connecting business interests between the United States and Africa. The United States has helped close more than 800 two-way trade and investment deals across 47 African countries for a total estimated value of over $18 billion, and the American private sector has closed investment deals in the continent valued at $8.6 billion since 2021, the White House said.

The United States is not only the undisputed leader of the free world, but also home to the most dynamic African diaspora. The African diaspora ranks amongst the most educated immigrant group and is found excelling and making invaluable contributions in all sectors of life-business, medicine, healthcare, engineering, transportation and more. The contribution of the African diaspora is not negligible, we see more of them appointed to senior government positions by President Biden like Wally Adeyemo, US Deputy Treasury Secretary, and Dr John Nkengasong Global AIDS Coordinator and Special Representative for Health Diplomacy.

Beyond engagement with the Biden administration, African leaders express the vision, dynamism and humility to engage with their diaspora. They are excelling in sports, academia, business, science, technology, engineering and all those other sectors that the continent needs to beef up to optimize its potential and meet development priorities. In addition, it is in Africa’s high interest to embrace them.

Since its inception more than two decades ago, the African Growth and Opportunity Act (AGOA) has offered Africans the opportunity to engage and establish business networks from Africa to the United States and vice versa. It has been one surest way working towards an integrated relations, and in uplifting relations unto a higher appreciable stage.

The AGOA offered promise as a “stepping stone to address regional and global challenges,” especially with Africa’s young and entrepreneurial population. The future is Africa, and engaging with this continent is the key to prosperity for all of us,” Tai said.

According to World Bank Statistics, remittance inflows to sub-Saharan Africa soared 14.1 percent to $49 billion in 2021 following an 8.1 percent decline in the previous year due coronavirus pandemic. Beyond remittances, Africa stands to benefit largely from the input of its diaspora considered as progressive in the United States.

Welcoming African entrepreneurs, Africa-American and African leaders for a reception, Secretary of State Antony Blinken said the United States was guided by the principle of close overwhelming partnership with Africa.

“We can’t solve any of the really big challenges we face if we don’t work together. So it’s about what we can do with African nations and its people,” Blinken said. “We welcome all other members of the international community, including the United States, to join us in the global efforts to help Africa.”

In featuring prominently integrative aspects and cultural familiarity within the African diaspora, New York Mayor Eric Adams said that the success of African Americans showed the need for Africans to “walk differently.”

On disapora came Greg Meeks, the Chairman of the House Foreign Affairs Committee. The main strategy was rooted in one key word – partnership – and in recognition of shared priorities and working together. There were also many African and American youth leaders, students in the United States and Africa who are tuning in virtually – most spoke vividly on strengthening the bonds between African countries and the United States.

The strategy recognizes the immense role that the African diaspora members and young people will play in shaping and strengthening that partnership. One young leader, who has mobilized climate finance to make the water sector more resilient in South Africa, is now sharing the lessons that she learned at a U.S. government agency. Another, fresh off her experience fighting infectious disease in Malawi, was sharing her insights with nonprofits and businesses in the United States.

Others were expanding educational opportunities for children, conducting environmental research, creating job opportunities for youth in both African countries and the United States, and demonstrating exactly why the diaspora is such an unparalleled asset for people on both continents.  It’s these interconnections, the back and forth, and the benefits that flow to Africa and the United States alike that is so incredibly powerful.

The United States practically is committed to ensuring that young people continue to bring their talents and hard work to the tremendous benefit of people across the continent and to the benefit of people in the United States. It has a number of programs that are doing just that – programs like the Young African Leaders Initiative – and through economic development programs, like the Academy for Women Entrepreneurs program.  Now, since its inception in 2019, that program has provided more than 5,400 women throughout Africa with the training and the networks that they need to start and to scale small businesses.

Late December, additional investments were announced to make it easier for students to participate in exchange programs from African countries, to increase trade opportunities for members of the African diaspora, and to support African entrepreneurs and small businesses. Each of these investments is guided by one overarching goal: to continue building partnership so to better address the shared challenges facing Africa.

The adopted strategy reflects diversity, its influence, and the ingenuity of its young people. Those youth are a growing part of the continent’s population – and also the world’s.  Today, more than 60 percent of Africa’s population is under the age of 25.

By 2030, two in every five people on this planet will be African.  These rising generations are powering dynamic economic growth in their countries and far beyond.  2016 – just a few years ago – African startups raised $350 million dollars in investment; last year, they raised $5 billion in investment – and that’s a curve that’s going to keep going up and up and up.

An African-American Yvonne Orji once wrote that, “Nigeria made me.  America raised me.”  It is often said that one of America’s greatest strengths is cultural diversity – there are few greater testaments to that than the immense contributions of the African diaspora community.

The United States is investing in the infrastructure that provides the foundation for African entrepreneurship. That means creating more pathways for the free flow of ideas, of information, of investment, which in the 21st century requires one thing: digital connectivity.

Interestingto note that Africa has around twice as many internet users as the United States, yet the continent has only a fraction of our data center space.  What does that mean?  Slower, less reliable connectivity.  That’s why U.S. Development Finance Corporation is investing $300 million in building data centers across the continent – because there is the need for networks that can keep up with the lightening pace of new ideas.

Second, investing in rising leaders. Since President Barack Obama created the Young African Leaders Initiative, nearly 5,800 trailblazers from every country in sub-Saharan Africa have come to the United States for academic and leadership training – developing skills, relationships that are going to last for a lifetime and to the benefit of their communities.

Many of the Mandela Washington Fellows are entrepreneurs, and has until today thousands of graduates. For example, Abel Hailegiorgis from Ethiopia has a company building bicycles and wheelchairs from bamboo, which is stronger than steel – sustaining the planet, supporting local farmers and local manufacturers. The forthcoming years will involve frequent exchanges directed at contributing substantially to the network of professionals from African countries.

After the U.S.-Africa leaders summit, the National Basketball Association (NBA) has signed agreements to open and further expand American sports across Africa. With its African headquarters in Johannesburg, South Africa in 2010, additional offices are planned in Dakar, Lagos, Accra, Nairobi and Cairo in 2023. The league is committed to expanding efforts to make the game of basketball and the NBA more accessible across the continent.

That’s not all.  In September, the U.S. African Development Foundation teamed up with the Tony Elumelu Foundation to create a new program to provide financing, technical assistance, and mentorship to emerging young innovators in Africa. He recently launched another initiative to connect up-and-coming climate entrepreneurs with American companies.

Third, there is a program for fostering greater engagement by American companies. The U.S. private sector already invests more than $4 in Africa for every dollar that the government allocates to the region in foreign assistance – and it wants to do more. That’s the objective of the Office of Global Partnerships, which will take a U.S. private sector delegation to Ghana in February. It’s the goal of the Prosper Africa initiative – which is marshalling agencies from across the government to help more U.S. companies and inventors – investors to do business in Africa, and do it in a way that promotes inclusive growth – growth that’s sustainable for the planet.

Prosper Africa’s institutional investor delegation invests more than $85 million in an African fund that will provide financing to small businesses and entrepreneurs.

Through a partnership with Prosper Africa, Pierre’s company – Yolélé – is distributing fonio and other products made by small farmers in the region to markets in the United States. In a region where it’s getting harder to grow crops due to a warming climate, fonio’s deep roots make it virtually drought-resistant.  Now, in West Africa, it’s said that “Fonio never embarrasses the cook” which is good news.

President Joe Biden has signed an executive order for the creation of African Diaspora Advisory Council as part of the presidency. According reports, the post-summit large-scale projects and programs will be coordinated, monitored and implemented jointly by the president administration, the White House, State Dept of African Affairs and the African Diaspora.

Kester Kenn Klomegah, who worked previously with Inter Press Service (IPS), is now a regular contributor to Global Research. As a versatile researcher, he believes that everyone deserves equal access to quality and trustworthy media reports.

The original source of this article is Global Research, 2023 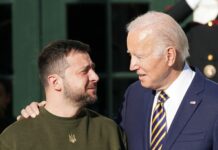 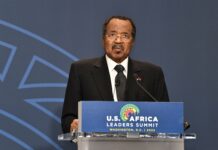 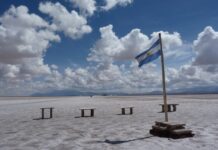