WASHINGTON, DC – Asylum seekers, civil rights leaders, immigration advocates, and faith leaders were joined by Rep. Judy Chu to take prophetic action in solidarity with migrants denied access to asylum by the inhumane Title 42 policy in front of the White House today. By lifting up the demands and testimonies of directly impacted asylum seekers, the action echoed a binational march that took place on September 25 in Nogales, AZ and amplified the #SaveAsylum Campaign’s week of action just days before the administration is set to reassess the Title 42 policy.

This week, Jack Jenkins highlighted in the Washington Post the persistent voice of faith communities in criticizing the U.S. government’s treatment of Haitians – an article that was published shortly after an interfaith letter was sent to the Biden administration by more than 2,000 faith organizations and faith leaders from 49 states, the District of Columbia, and Haiti urging them to stop deportation and expulsion flights to Haiti, hold Border Patrol officers accountable for their atrocious abuses, end Title 42 expulsions, and provide humanitarian protections for Haitians. Despite this widespread outcry from faith advocates who have been following the leadership of black-led organizations and Haitian clergy, the Biden administration has continued daily removal of Haitian asylum seekers – now 50 expulsion flights to Haiti since September 19.

The organizers of the vigil and action at the White House boldly denounced the abusive treatment of Haitian and other migrants by CBP officers and rejected the dehumanizing use of Title 42 and its brutal enforcement. They called on the Biden administration to #SaveAsylum and “Restore Protections for Holy Families.” A livestream recording of the event is available here.

“Not only does Title 42 continue to harm people who come here seeking legal asylum, it also has such a devastating impact on our border communities,” said Representative Judy Chu, CA-27. “It has a disproportionate impact on Black migrants, some of whom are traveling through multiple continents over several months to seek asylum at our border. Last week in Texas, we were all so horrified by seeing Border Patrol agents harassing and hurting families, inflicting trauma and harm. Without a legal pathway to protection, Black asylum seekers are stranded in Mexico where they face such extreme danger… These refugees and immigrants deserve their day in court, and we cannot turn a blind eye to their suffering.”

“There was a mom that was pregnant staying under the bridge,” said Aniyah A. from the Haitian Evangelical Clergy Association & Evangelical Crusade Christian Church (Disciples of Christ), sharing stories from Haitian Bridge Alliance staff who served asylum-seeking Haitians at the U.S. southern border in Del Rio, Texas. “CBP made arrangements for her to give birth, only to release her and her U.S. citizen infant back under the bridge without food, water, clothes, or any other basic necessities for her and the infant. It was revealed that the infant passed away. This treatment of Black people, especially Black women, isn’t new, as many slave masters demanded that they go back to work just some days after giving birth. From hearing this story, it became apparent that the more things change, the more they remain the same.”

Eleuteria, an asylum seeker from Guerrero, Mexico, described her “nightmare” experience waiting 552 days at the U.S. southern border to request asylum. Regarding her time protesting asylum-blocking policies such as Title 42, she stated, “I was happy to be sharing what was really going on at the border. We kept on marching and we kept on fighting for a month. We started demanding that the president would stop using the pandemic as an excuse, and to actually give us hope, because we were tired and we actually wanted a win – that’s why we waited for Joe Biden. We hoped that he would actually do something… Nobody should be left waiting at the border… we are not here looking for riches, we are seeking a safe environment for our children.”

“There is no more explicit proof of anti-Black racism in immigration than what we are seeing now,” said Daniel Tse from the Haitian Bridge Alliance. “We have been singing about racism and antiblackness in the immigration system and now it has been brought to the light. This rigorous system has been equipped for centuries to deny Black migrants from obtaining immigration relief through denial of access to asylum, expedited removal of African asylum seekers from Cameroon, high bonds high denial of asylum cases for Black immigrants, the delayed TPS designation to Haiti and still pending for Cameroon, ongoing deportations and expulsions, detention of families, cruel and inhumane treatment of Haitian migrants seeking nothing more than to survive the horrors from which they’ve been forced to flee. Our demands of the U.S. government are not new, and they can no longer proceed like they do not know what it means to welcome with dignity. The Biden Administration must do everything possible to provide humanitarian protections for Black migrants.” 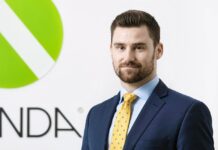 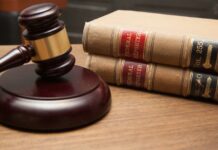 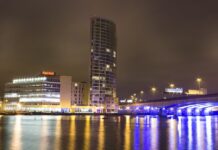 16 Things To Do In Belfast, Ireland