The last quarter of the year 2020, the  African continent experienced a multifarious upsurge in   political crises. Increasingly, political uncertainty and mismanagement began to stifle the continent’s growth and development prospects amid a pandemic that had already posed a huge socio-economic drawback. Incidences of resurgent military coups, recurrent civil wars, internal insecurity, corruption, and terrorism began to further threaten the economic potential of some of the world’s most emerging economies; as the recurrent incidences of unrest in these countries further established an inhibitive relationship with Africa’s economic potential.

For the Democratic Republic of Congo, 2020 was rife with tragedies. Over a thousand lives were lost to the Ituru inter-ethnic conflict between the agriculturist Lendu and the pastoralist Hema ethnic groups. Devastatingly, the Kipupu Massacre left over 200 people dead in the Mwenga Territory of South Kivu. Brutal attacks in North Kivu, blamed on an armed group called the Allied Democratic Forces, have displaced a huge number of children. 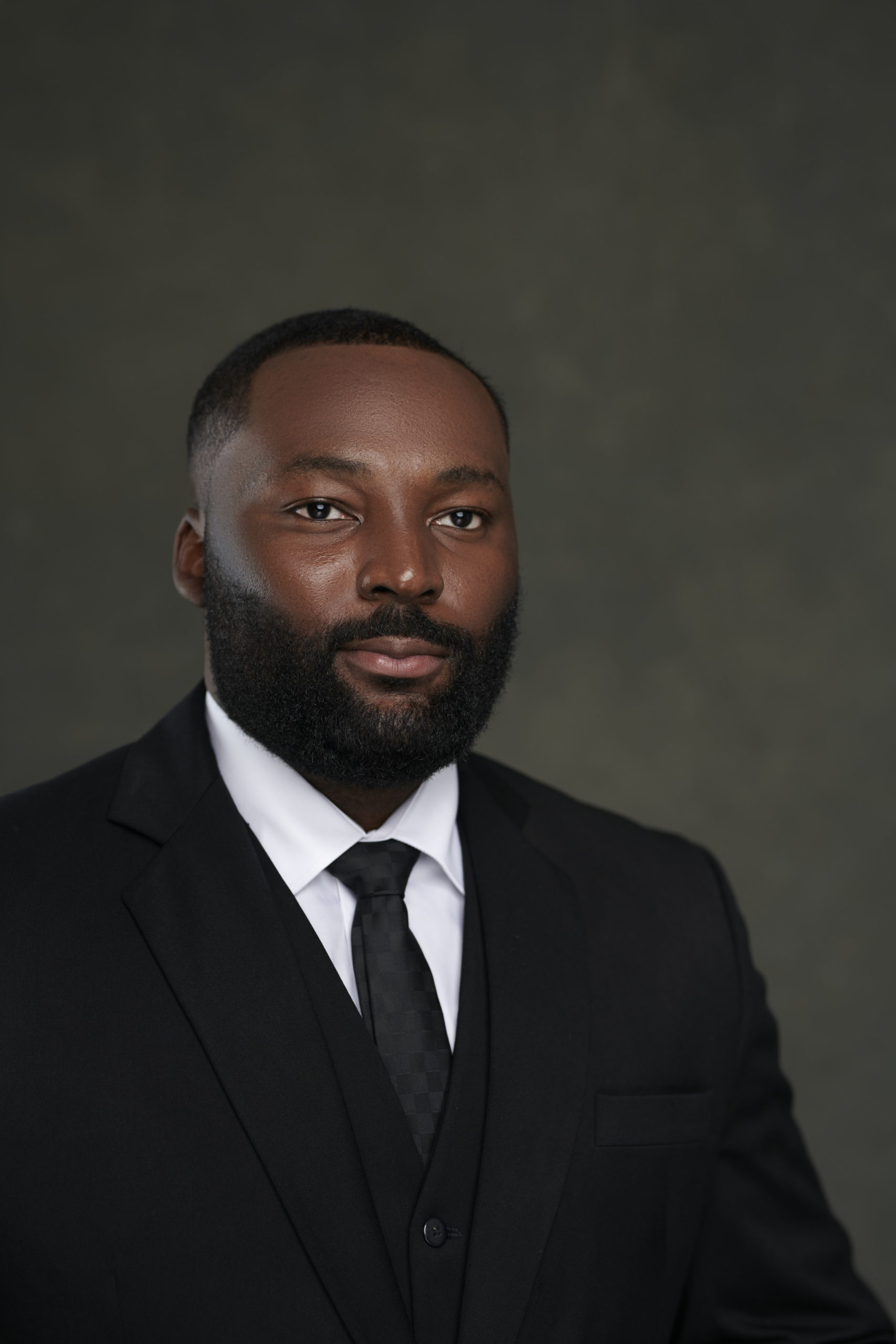 On social media, a different kind of DRC crisis has been trending, aptly captured in the hashtag #CongoIsBleeding. Awareness has been created about Cobalt, the material that powers the batteries we rely on for our phones and other portable electronic devices. The country currently supplies over half of the world’s needs. Around 40,000 children reportedly work in southern DRC where cobalt is mined. These child miners are forced to work daily, under harsh, brutal conditions.

Since 2004, Angola has battled a global drop in the price of oil and a worrisome debt profile. Currently, the country is facing the worst debt crisis on the continent, worsened by the impact of the COVID-19 pandemic. Besides, citizens have been protesting the billions of dollars allegedly looted by former president Jose Eduardo dos Santos, and the approach of current president Joao Lourenco in recovering these stolen funds.

On November 3, Cote d’Ivoire’s electoral commission announced the reelection of incumbent President, Alasanne Ouattara with 94.3 percent of the vote. The result was unsurprising as opposition candidates had called for a boycott of the election. Disputes over Outtara’s eligibility to run for a third term, as well as the unexpected death of the originally intended candidate, led to violence and deaths earlier this year. The announcement of Outtara’s reelection was met with protests. Opposition supporters gathered to oppose the results and were met with tear gas by authorities. Continuous protests have resulted in the deaths of both government and opposition supporters.

In Ethiopia, tensions between the federal government and the government of the country’s northern Tigray region have escalated. The region’s main political party – the Tigray People’s Liberation Front feels marginalized by the government. On November 3, Prime Minister Abiy Ahmed ordered a military operation against the government of Tigray, after accusing the ruling party of attacking a defense post and attempting to steal military equipment. Debretsion Gebremichael, president of the Tigray region, told reporters that Tigray was “in position to defend (itself) from enemies” and that “we are ready to be martyrs.” In Mali, widespread protests and civil unrest began in August over worsening economic conditions and bad governance.

In Guinea, 83-year-old President, Alpha Conde, had the nation’s constitution changed and ran for a third term. He won the elections on October 25, amid violent protests and accusations of voting manipulation. At least 30 people have died in post-election violence since then. The situation is similar in Tanzania, where President John Magufuli has been announced as the winner of the presidential elections. Although he gained power in 2015, his Chama Cha Mapinduzi party has governed Tanzania for decades. His main opponent, Tundu Lissu, who survived an assassination attempt in 2017, insists that the polls were heavily rigged.

In Cameroon, the English-speaking regions are facing violence as the government and separatists contend for control. Anglophone separatists declared a new nation in 2017 and called it Ambazonia. Residents say they have been using brutal tactics to pressure the government to support their call for independence. Armed separatists have enforced a boycott of education by attacking schools, kidnapping hundreds of students, and abusing both students and teachers. Notably, on October 24, 2020, gunmen stormed a private school in the Anglophone South-West region, killing 7 children and injuring at least 13 others. No one claimed responsibility for the killings but the government has accused armed separatists.

In October, Nigeria was rocked by numerous youth-led protests against police brutality by the Special Anti-Robbery Squad (SARS), a rogue unit of the police force. Soon, peaceful protests turned deadly as numerous reports accused the Nigerian army of shooting at demonstrators on October 20. This incident, called the “Lekki Massacre” reportedly resulted in at least 10 deaths and dozens of injuries.

Africa is underachieving, isn’t it? The continent has interesting prospects – fueled by natural resources, increasing urbanization, increasing digitization through widespread mobile phone, and internet access. There are reasons to be positive, aren’t there? The service sector of the continent is contributing more to Africa’s GDP, more than it ever did. Massive infrastructure projects have been embarked on by many countries. The prevalence of a young population has helped to propel optimism about the future of the workplace.

However, new factors are decelerating the continent’s growth. Predictably, they include the slowdown in oil-producing economies and the current difficulty caused by the Covid-19 pandemic. While the impact of Covid-19 has not been as dire as the international community feared, the initial lockdown impacted Africa’s economies on a massive scale. Small and medium businesses have died, family incomes have disappeared. Economic growth has slowed.

The African Development Bank had earlier claimed that West Africa’s economic growth would expand by 4% in 2020. This growth is now projected to contract by 2% and could potentially decline by as much as 4.3%. Statistics from the Nigerian government revealed that at least 40% of the population lives in extreme poverty, a condition that is expected to worsen because of the pandemic. There is a lot of African government could be doing to cushion economic shock and protect their citizens. Instead, they are preoccupied with a more insidious danger, in the form of a political crisis.

60% of Africa’s population are under the age of 25. Africa has the world’s largest working-age population of 1.1 billion. Yet, African states fail to meet the demands of this large demography. Across the continent, the rate of poverty and youth unemployment is among the highest in the world. General opportunities are limited and educational infrastructure is poorly developed. Also, vocational training is inadequate to meet the needs of the informal labour market. The result is that many young people are unemployed, and at the risk of being recruited by terrorist groups. The situation in Northern Nigeria demonstrates this.

Youth unemployment and lack of access to basic infrastructure form part of the myriad of problems facing a majority of Nigeria’s youth. The combination of population growth, economic and political exclusion is the recipe for terrorist attacks by the Islamist Jihadist group called Boko Haram. These attacks have resulted in the deaths of thousands of civilians. Also, they have contributed significantly to the further economic deprivation of people within the region.

An attack by Boko Haram left 110 farmers dead in Maiduguri, Nigeria on Sunday, 29th November. Deadly attacks have led to panic throughout the region so farmers have stopped going to their fields.

The president of the All Farmers Association of Nigeria, Kabiru Ibrahim told local newspapers that some farmers had abandoned their harvests for fear of attacks.

This is affecting Nigeria’s grain stocks. According to Bloomberg, Nigeria’s stocks have declined to less than 30,000 metric tons, which is a fraction of what the country of 200 million people needs to sustain itself. Borno, Adamawa, and Yobe states are facing the highest levels of food insecurity. In these three states, 4.3 million people are critically food insecure and the number could reach 5.1 million by June next year. Throughout Nigeria, the price of household food items has recorded a tremendous spike in recent weeks. As of October 2020, food inflation (16.6%) was at its highest since March 2018.

General inflation in Nigeria has climbed to 14.2%. Recent reports indicate that the Nigerian economy shrank by -3.62% in the third quarter of 2020, thus plunging into recession for the second time in five years.

In Nigeria, the peaceful anti-SARS protests of October were ultimately hijacked by hoodlums, who began the destruction of both private and public properties. Remarkably, the Lagos State Governor, Babajide Sanwo-Olu, said the state alone would need N1 trillion for reconstruction after the destruction caused by the hoodlums.

Stakeholders expect insurance claims to run into billions of naira. This is likely to be overwhelming for the insurance players. Nigeria’s insurance sector is yet to recover from the effect of the Covid-19 pandemic which has increased health, travel, and business disruption claims. It posted a contraction of 29.53% in the second-quarter GDP report published by the National Bureau of Statistics (NBS).

Amid the aforementioned, Africa is in serious trouble as its debt burden grows. Zambia is the first African country to default on its debts. Incredibly, the country’s gigantic debt is expected to grow to over 120% of gross domestic product (GDP). President Edgar Lungu has been accused of autocracy, at the expense of economic management and public accountability. Arbitrary policies have scared off foreign investors. The Central Bank governor was reportedly fired for challenging Lungu’s decision to print more money.

Angola is facing a similar debt crisis. Donors have pledged to relieve Africa’s fifth-largest economy of around $6.3 billion in debt but this relief will not save Angola yet. G20 countries like the United States and China have offered relief to Africa’s poorest countries, one that should last until mid-2021. But even these plans – to provide breathing space in the wake of the coronavirus crisis – may not be enough. According to the International Monetary Fund (IMF), African states need almost €410 billion to pay off all foreign debts due by 2023.

The effects of political crisis and uncertainty are evident and far-reaching. In the last two decades, Ethiopia emerged as a liberal democracy with sound economic policies. Its GDP grew steadily until 2019. Now, the country has been crippled by insurrectional fighting and allegations of ethnic cleansing. Zambia used to fuel optimism about the continent, now it is defaulting on its foreign debts. The mismanagement and security challenges in Nigeria have put pressure on an economy that is burdened by external debts.

“This is why African countries with more robust institutional checks and balances-such as in Botswana, Ghana, Namibia, Senegal and South Africa-have seen sustained economic growth, development and stability”

Without stability, Africa is doomed. The Africa Center for Strategic Studies recommends transparent elections and stable political succession for development as there are no fewer than 10 elections planned for 2021- in Benin, Cape Verde, Chad, The Gambia, Sao Tome and Principe, Somalia, South Sudan, Uganda, the Republic of Congo, and Zambia.. “This is why African countries with more robust institutional checks and balances-such as in Botswana, Ghana, Namibia, Senegal and South Africa-have seen sustained economic growth, development and stability,” it argued in a September 2020 report.

The political crisis is turning the hope of economic growth into a nightmare for Africa’s young people. They are angrily responding. The unanimity and clarity of #EndSARS are noteworthy. Before it all goes south, Africa’s leaders must do better to rearrange their priorities.

In The First Quarter Quarter of 2021 African countries have struggled to recover from the “Worst Quarter”,  maintain economic balance nor political stability. However the arrival of the vaccines, and other Covid-19 related happenings have been conveniently occupied the fore fronts of publications, and headlines in a bid to tone down the happenings on the last quarter and divert attention from a strenuous recovery process in Q1, 2021. 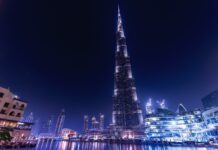 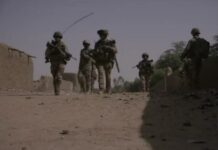 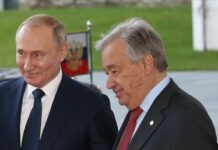