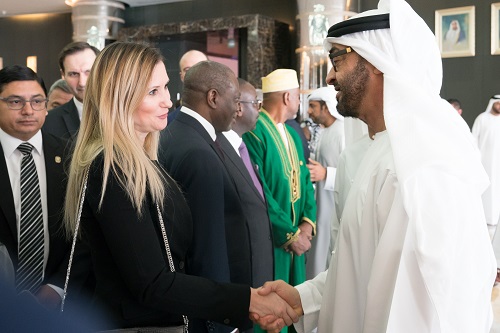 His Highness Sheikh Mohamed bin Zayed Al Nahyan, Crown Prince of Abu Dhabi and Deputy Supreme Commander of the UAE Armed Forces, received earlier this week a delegation of Speakers and members of regional and international parliaments and members of the Global Council for Tolerance and Peace.

His Highness Sheikh Mohamed bin Zayed welcomed the delegation and wished them an eventful stay in the UAE while expressing his happiness at the Year of Tolerance’s positive international turnout, both on official and popular levels. It is worth noting that the delegation is currently visiting the UAE to participate in the celebration of the Federal National Council (FNC) to mark the end of the Year of Tolerance.

His Highness Crown Prince of Abu Dhabi stressed that the year’s events, programmes and initiatives have promoted awareness of the values of tolerance, noting that the Document on Human Fraternity for World Peace and Living Together is a key initiative of the Year of Tolerance and is a key reference for future work in promoting coexistence among the world’s peoples.

His Highness Deputy Supreme Commander of the UAE Armed Forces added that tolerance is a genuine value that is deeply rooted in the history of the UAE, affirming the UAE’s unwavering support to spreading the message of tolerance worldwide.

His Highness Sheikh Mohamed mentioned that parliaments play a key role in building bridges of coexistence and understanding between communities, because they express the aspirations of their people for development, peace and stability.

The delegation also praised the UAE’s leading development experience, its youth and women’s empowerment plans, and its keenness to prepare for the next 50 years.

The meeting was attended by Saqr Ghobash, FNC Speaker, and Ahmed bin Mohammed Al Jarwan, President of the Global Council for Tolerance and Peace. 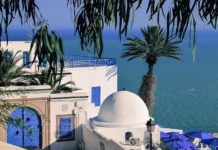 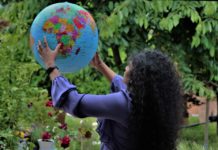 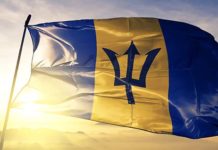