Cartoon Network and Israeli broadcaster, yes, have partnered in a new deal to bring the kids brand to the fans of Israel. The two broadcasters have collaborated to have Cartoon Network on yes‘ SVOD platform, making the channel, and all its great content, available on-demand to its subscribers.

From September 2019, subscribers to yes, the satellite broadcaster in Israel, will get to watch their favourite Cartoon Network shows such as The Powerpuff Girls and Ben 10, alongside award-winning shows like Adventure Time, The Amazing World of Gumball, and Regular Show, all dubbed in Hebrew.

“We are excited about our partnership with yes as it will expose our brand, and its content, to a wider audience in this market. Cartoon Network is among the leaders of content production for kids in the world, and our shows resonate with local audiences in every market where the brand is established. We could not be happier to entertain Israeli kids again!” says Guillaume Coffin, VP Head of Commercial and Business Development, France, Africa and Israel.

This deal is part of a significant effort of expanding business in Israel and as part of the promotional launch campaign, current yes subscribers will be able to watch the first episode of each Cartoon Network series on the platform.

“yes offers the widest and most diverse content offering for children and youth in Israel, including original Israeli content and international acquisitions. Today, we are proud to partner with Cartoon Network and bring to Israel leading and award-winning content” says Koby Gal-Raday, Chief Content Officer, yes.

Cartoon Networ in a nutshell

Since launching as a pan-European channel in 1993, Cartoon Network has localised services across Europe, the Middle East and Africa, where it is available in 20 languages, 185 million households and 113 countries. Cartoon Network can also be experienced through its award-winning website, as well as via games, video on demand, mobile and an array of licensing and merchandising. Cartoon Network is a division of WarnerMedia.

As the leading content provider in Israel, “yes”, the Israeli satellite multichannel broadcaster, is one of the world’s pioneer platforms in terms of technology, quality, abundance and variety of programming, offering a huge selection targeting a wide and versatile audience. Alongside hundreds of partner channels, “yes” produces its own channels which constitute the platform’s uniqueness and competitive edge with five movie channels which air 95% of all theatrical releases in Israel, all offered within a year of their debut, four series channels which broadcasts ground breaking, award-winning series from the US and the world Day and Date with worldwide premieres and a documentary channel which produces the largest catalogue of Israeli award-winning documentary content and also offers the pick of the crop of Current international global documentary content.

“yes” also supports and invests in the Israeli creative community and brings to the screen the most buzzed about original award winning productions such as “FAUDA”, which was hailed by the New York Times as one of the world’s best series for 2017, gained unprecedented success winning all 11 Israeli Academy awards for which it was nominated, including Best Drama; In the international award circuit “yes” won the top Grand Jury Prize at SERIES MANIA festival in France two years in a row – for “YOUR HONOR” (2017) and “ON THE SPECTRUM” (2018) ; many of the company’s productions have achieved international recognition, and have been successfully licensed as format and finished tape programs to global television networks and services , including Netflix. 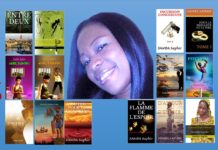 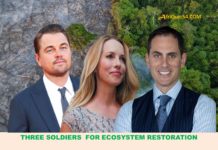 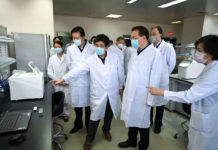